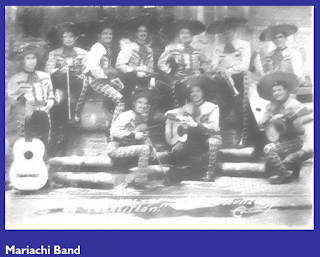 The Mexican Revolution (1910-1920) was the historical backdrop for the composition and rising popularity of “Jessie Polka.” In 1911, the regime of Mexico’s president Porfirio Díaz was being threatened by Don Francisco I. Madero. A wealthy man with a big heart and a University of California education, Madero opposed the dictatorship because of Díaz’s harsh treatment of three-fifths of the country’s people who were poor and mostly native. Madero aligned himself with the notorious Mexican bandit, Francisco “Pancho” Villa, who was inspired by Madero’s political stance and writings. Together they formed a rebel army in the northern Mexican state of Chihuahua on the U.S. border.

Villa was victorious against Díaz’s troops, forcing the dictator to exile to France. The rebels in Chihuahua successfully defended attacks by Bernardo Reyes, a former general under Díaz, and Pascual Orozco, a former ally of Villa’s. With these sensational victories and with the backing of the Mexican population wishing for a revolution led by their new war hero, Pancho Villa’s reputation grew quickly into legend. Villa’s criminal past as a warlord, murderer, bank robber and just about any other disreputable occupation you could think of, was overlooked by some (and probably thought to enhance his stature by others) as he emerged as a successful Mexican Revolutionary General and eventually as a folk hero. Adding to Pancho’s colorful reputation was his notoriety for romantic conquests - legend has it that he had no less than 26 wives! 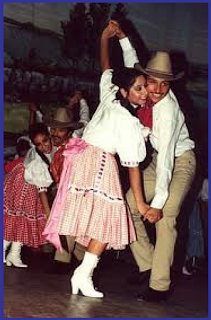 In 1916, about the mid-point of the revolution, Mexican composer Quirino Mendoza y Cortez wrote “Jesusita en Chihuahua.” Cortez was already a well-known composer having penned the classic Cielito Lindo several years earlier. The muse for his new “polka” was most likely a beautiful woman who fought alongside the revolutionary soldiers – a “soldadera” - and tended to their needs and treated their wounds. This “Jesusita” was also said to be a romantic, known to roam and even referred to as a “man eater.” She was quite possibly a woman who gave Pancho Villa all that he could handle! Even though stories of this sort are often exaggerated, it is clear that Jesusita was a real woman, involved with the Mexican revolution and worthy as a muse for Cortez’s music.

“Jesusita en Chihuahua” - also known as “Chihuahua Polka” - quickly became a favorite in Chihuahua and, indeed, throughout Mexico. Because the United States government backed the Mexican Revolution by sending arms to supply Villa’s army and also because the revolution lasted into the 1920s, it is not surprising that this music became known and loved across the border into Texas as well. Texan Cliff Bruner learned this tune as a child from Mexican farm laborers in the Beaumont area of Texas. At the age of 12, Bruner took up the fiddle after deciding that he no longer wanted to pick cotton. His big break came in 1935, when, at age 20, he was asked to join the Musical Brownies led by Texas great Milton Brown. After Brown died the following year in a tragic car accident, Bruner assembled his own band - The Texas Wanderers – and became one of the pioneers of western swing.

Bruner changed the name of “Jesusita en Chihuahua” he had loved hearing in the cotton fields of his boyhood. The tune, under its English translation “Jessie Polka,” was recorded in 1938 and became a sensation with Texas audiences. Bruner and his Texas Wanderers had moved to Port Arthur and their radio programs were quickly picked up and aired throughout southeast Texas and southwest Louisiana. Concurrently, the band worked dance halls, playing the hottest western swing music anyone had ever heard or could even imagine. One of Bruner’s 78rpm hits for Decca Records featured “Jessie Polka,” which had become his radio theme song. A distinguishing characteristic of the original Mexican version used for the recording is that some of the melody on the first part of the tune was played “pizzicato” – plucking the strings rather than bowing them.

Some years later, Dolph Hofner, a Czech-German who grew up listening to Hawaiian music, was inspired by the western swing dance band craze which was sweeping the southwest U.S. Hired by a chain of dance halls in Los Angeles, Dolph Hofner and His San Antonians began to play the Los Angeles circuit, establishing “Jessie Polka” as a big hit for his band. Under yet another name “Cactus Polka” - famous accordion players Lawrence Welk and Myron Floren recorded this tune several years later. 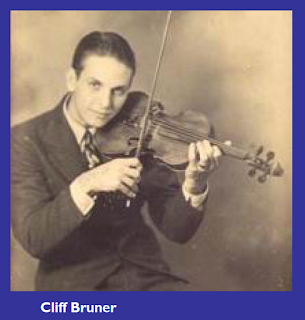 “Jessie Polka” - also spelled “Jesse Polka” - became a favorite among Texas style fiddlers and was often played as a “tune of choice” in fiddle contests all over the West. The once popular pizzicato in the first part of the tune was dropped by many fiddlers because plucking the strings was against the rules in fiddle competitions during the last half of the 20th century.

Occasionally, “Jesusita en Chihuahua” will be heard on an amusement park’s merrygo- round. However, this Mexican polka undoubtedly owes most of its great legacy to the Texas and western fiddlers of the U. S. who consider it one of the best polkas ever written and love to play it still.