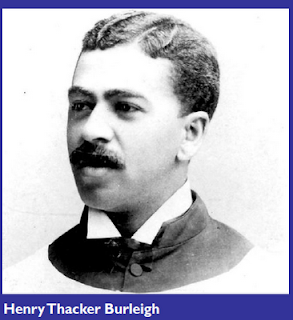 “Deep River” is a classic example of an African American “spiritual” – an immensely important genre of music born from the “plantation” and “sorrow” songs of the African American slaves in the Deep South in the 1600s, 1700s and 1800s. Like all spirituals, “Deep River” is a song of hope and longing, expressing a desire for peace and freedom both in the present and in the afterlife. Through these melodies, slaves held on to the hope of survival. The songs were created vocally by groups of slaves working in the fields and gathering at camp meetings, the more popular melodies then being passed from one plantation to the next. Over time, slaves also developed songs that carried coded messages containing plans for escape - especially during the time when the Underground Railroad seemed like the only hope for  freedom.

There are three general categories of spirituals, two of them being up-tempo. Today, “Deep River” belongs to the third group: slow, haunting melodies filled with emotion and faith and embodying the soul crying out in the universal longing for freedom. Through the melodies and lyrics of their spirituals the slaves expressed not only their own personal weariness and sorrow but also their hope and determination to overcome and live on. These songs of hope were partially engendered by the slaves’ newfound belief in the teachings of the Christian Bible. Differing from African cultures they knew, the Christian doctrine of a Heaven promising a glorious afterlife for suffering people was new to them and provided much-needed hope. It was not unusual for slaves and their masters or owners to attend daily or weekly church services together. In time, the slave populations embraced Christianity and believed that the religion of their European American captors would provide “deliverance” for them as well.

Most of the lyrics contained in the now-documented over 6,000 traditional spirituals echo the language of the Old Testament. The creators of spirituals quoted the Bible often in the lyrics, perhaps identifying with the Israelites in Africa whose enslavement and persecution was vividly portrayed in the Old Testament. The lyrics of this song - “deep river….my home is over Jordan….deep river, Lord, I want to cross over into campground” - imply that the Jordan River in the Bible symbolizes the Ohio River, a dividing line between the slave states and the free states. “Campground” implies a place for camp meetings, a type of gathering that, even though illegal in some areas, served as a vehicle for slaves to commune and share their sorrows and hopes. These camp meetings were among the rare occasions during which slaves could actually experience feeling free for at least a little while through singing, playing instruments and sharing stories. Some of the lyrics most likely have a double meaning as well suggesting that the camp meeting they looked for was in Heaven, the place where they would truly be set free.

With the end of the American Civil War in 1865 and the official emancipation of slaves in the South, the singing of spirituals died out for a short period. Soon, though, Fisk University in Nashville sent its all-African American choir on a world tour raising funds for educating newly freed slaves in Tennessee and surrounding States. The Fisk Jubilee Singers carried spirituals including “Deep River” to parts of the U.S. that had never before heard this type of music. They also performed for various European royalty – quite a novelty in the 1870s – and their success encouraged other African American colleges and professional singers to form touring groups. Published collections of “plantation songs” began to appear to meet a growing public demand for this music.

The person most responsible for bringing this deeply felt music to the attention of the country as a whole was Henry Thacker Burleigh. “Harry” Burleigh (b. 1866) was a classically trained singer and composer and became the trusted assistant of the great European composer Antonín Dvorˇ ák when Dvorˇ ák lived in America in the 1890s. Burleigh helped Dvorˇ ák with the copy work on his newly written masterpiece , “The New World Symphony.” At Dvorˇ ák’s request, Burleigh also sang spirituals for him – songs he had learned from his father, a blind man who had been a slave. Dvorˇ ák singled out “Deep River” as an important piece of music that he felt should be used in the creation of a new American Classical music.

It was Burleigh who altered the course of “Deep River” by arranging it for classical recitals. He also slowed the tempo from the Fisk Jubilee Singers’ version that was probably closer to how it was sung by field hands at work. Arrangements first in 1913 for a cappella mixed chorus with influences from Dvorak’s composing, and then in 1916 for solo singer and piano, had a monumental effect. “Deep River” was included in the collection of “Twenty-Four Negro Melodies” transcribed for piano by Samuel Coleridge-Taylor and published by Oliver Ditson in 1905. The astounding popularity of “Deep River” that followed could not have been predicted. In 1910, a popular violinist of that time, Maud Powell, was inspired to transcribe “Deep River” based on Coleridge-Taylor’s work. When she performed “Deep River” during her New York recital in October 1911, it was the first time a white solo concert artist trained in the European classical music tradition had performed an African American spiritual in concert. Powell recorded “Deep River” for the Victor Company on June 15, 1911 - the first version ever recorded.

After “Deep River” was sung in several films in the 1920s, and the melody adapted into another popular song “Dear Old Southland” in 1921, its popularity continued into the next generation. World-renowned virtuoso violinist Jascha Heifetz recorded his arrangement of the melody for violin solo in the 1940s. Johnny Mathis and many other singers recorded the song from the '50s on. Gospel groups today often include “Deep River” in their programming. 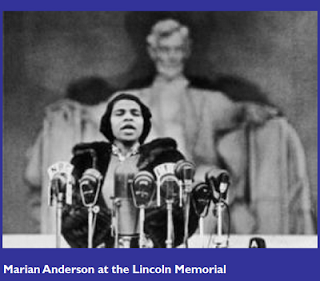 Of the many performances of this spiritual, it is the one by African American soprano Marian Anderson that perhaps created the most memorable rendition of “Deep River.” In the early 1900s, this talented young student applied to the all-white Philadelphia Music Academy (now the University of the Arts) but was turned away because of her ethnicity. Her high school then stepped in and arranged an audition for private study with Giuseppe Boghetti and Agnes Reifsnyder, two very highly respected voice coaches of the time. At the audition, Anderson’s singing of “Deep River” brought Boghetti to tears. Years later, in 1939, the Daughters of the American Revolution refused to grant permission for Anderson to sing in an all-white public high school auditorium and also refused permission for her to sing to an integrated audience in Washington D.C.’s Constitution Hall. The DAR membership numbered in the thousands and it included First Lady Eleanor Roosevelt. There was outrage by many, but most notably by Mrs. Roosevelt herself who resigned from the organization over the issue. Later that year, and with President Roosevelt’s help, the First Lady created a recital performance for Ms. Anderson at the steps of the Lincoln Memorial. 75,000 people attended the recital and millions listened on radio throughout the country as Marian Anderson sang “Deep River.”

Marian Anderson’s soulful rendition of this old slave song touched the hearts of millions of Americans and demonstrated the tremendous power of music to convey suffering, hope and history. Fifteen years later, in 1955, Marian Anderson became the first African American to be invited to sing at the Metropolitan Opera in New York City.


From Book III of the O'Connor Method. Click here to listen to "Deep River".
www.oconnormethod.com
Posted by Mark O'Connor at 6:18 PM