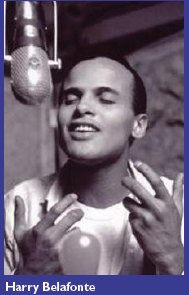 “Hava Nagila” is a Jewish song that became popular throughout the United States during the 1950s when African American popular singer Harry Belafonte incorporated it into his live shows. “Hava Nagila” was also included in Belafonte’s “Live in Concert at the Carnegie Hall” album in 1959. The song’s attractive melody and uplifting lyrics as sung by Belafonte became a nationwide hit and "Hava Nagila" began to be played and sung widely by many diverse musical and ethnic groups.

The tune originated from the area of Europe that is Ukraine today. "Hava Nagila" began as a wordless Sadigorer Hasidim melody (nigun) and traveled with Hasidic immigrants to Jerusalem in the early 1900s. Avraham Zvi Idelsohn - an immigrant to Jerusalem from the area of Russia that is present-day Latvia and an expert in Jewish musicology - wrote the lyrics soon after the melody arrived in Jerusalem.

Idelsohn arranged and composed many “new” Hebrew-language songs based on traditional melodies. While serving as a bandmaster in the Ottoman Army during World War I, he selected the tune for a celebration concert performance in Jerusalem after the British army had defeated the Turks in Palestine. General Edmund Allenby, leader of the British forces, entered the Holy City on foot issuing a proclamation that promised to respect the rights of all three religions for whom Jerusalem has a special significance: Judaism, Christianity and Islam. The fall of Jerusalem came just one month after the November 2nd British “Balfour Declaration” in 1917. This document included the language: “His Majesty’s Government view with favour the establishment in Palestine of a national home for the Jewish people.”

These events inspired Idelsohn to write the words to "Hava Nagila" – words that would eventually be sung throughout the Americas: 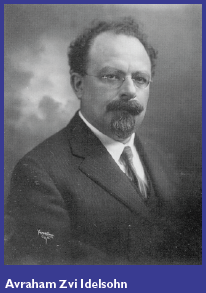 Idelsohn first published the “new” song in a Hebrew song collection in 1922. It later appeared in Jewish children’s songbooks and Jewish folk singers began to release recordings of "Hava Nagila." By the 1940s, the song had become a staple of Jewish weddings and bar mitzvahs around the world usually being sung and danced as an Israeli-style Hora folk dance.


Only in America though, a place where cultures and music are so intertwined and cross-pollinated, could a Jewish American named "Erving Berlin" compose the most popular Christmas song of all time - “White Christmas” (1942) - and just a few years later, a non-Jew create a national hit from a traditional Jewish song. Harry Belafonte sang "Hava Nagila" on numerous national television appearances and on several recordings making the melody familiar to most every adult and child in the U.S.