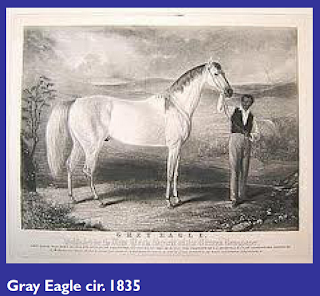 “Grey Eagle” (“Old Gray Eagle”) is a title given to several different fiddle tunes in several different keys. Some of them are musically connected to each other and some not at all. The version of “Grey Eagle” in the key of A-major that eventually became the Texas fiddle classic in the last half of the 20th century is the version featured in the Method.

A tune called “Grey Eagle” is documented as having been the most loved fiddle tune of the third President of the United States, Thomas Jefferson. A violinist from childhood and a composer of string quartets and other music, Jefferson enjoyed playing both the music of Mozart and American fiddle tunes. He even found time during his presidency to play music in the White House.

In 1839, a dozen years after Jefferson died, one of America’s most infamous horse races took place pitting Kentucky’s Gray Eagle against Louisiana’s Wagner. The Kentucky horse lost by a neck and an unprecedented 10,000 spectators demanded the race to be run again the following week. This historic rivalry is thought to have inspired fiddle tunes named “Gray Eagle” and “Wagner” or “Tennessee Wagner.” 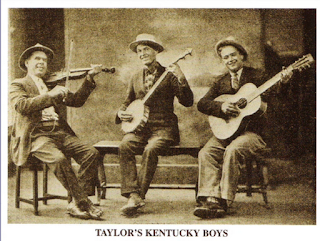 The multi-part A-major version of “Grey Eagle” from Texas was developed from a much older two-part A-major tune. In 1927, Dennis W. Taylor’s Kentucky Boys featuring Jim Booker (who also carried his own old-time string band called the Booker Orchestra, and was one of the few African American blues fiddlers allowed to play hoedowns on commercial recordings) chose the two-part A-major tune for the Gennett label and called it “Gray Eagle.” This is one of the earliest recordings of the original A-major tune. North Georgia fiddler Robert Allen Sisson recorded a C-major tune also called “Gray Eagle” a few years earlier in 1921. Cyril Stinnett, a national champion fiddler from Missouri, also recorded the C-major tune a bit later. Both of these versions are vastly different from the A-major tune. History notes that Bob Taylor played “Grey Eagle” while stumping on the campaign trail when he ran for Governor of Tennessee in the late 1800s. It would be difficult to ascertain what version he played.

In the modern era, the great Texas fiddlers began developing the modern “Grey Eagle.” Through the variations created by the dean of the Texas fiddlers Benny Thomasson, what was once a fairly simple two-part tune became one of America’s more complicated masterpieces of folk fiddling. (Only a few of the parts to "Grey Eagle" are printed in Book III, the other parts are included in a later book). It was singled out, becoming one of the standards played by the best fiddlers in contests in every region of the country. The Texas A-major version even circled back to the bluegrass regions of the Southeast when Kentucky’s greatest modern-era fiddler Kenny Baker and mandolinist/songwriter/singer Bill Monroe chose to perform the “Texas” version rather than any of their own local versions of the tune.

As the multi-part version of “Grey Eagle” from the West became well-known, another legend arose for explaining its origin. Many fiddlers told a story about a bobcat sunning himself on top of a tin roof shed at a sheep farm only to have an eagle mistake him for a defenseless lamb. What ensued, and was witnessed by amazed onlookers, was a sensational mid-air fight between the two creatures until the “grey eagle” got the best of it and defeated the bobcat. The extra parts of the “Grey Eagle” version from Texas could have been inspired by this tale.

According to music historian Charles Wolfe and noted songwriter/banjoist/fiddler John Hartford, the most likely inspiration for the original “Grey Eagle” fiddle tune performed by most of the southeastern old-time fiddlers was the legendary Kentucky horse race in 1839. The race took place on the outskirts of Louisville and was an event of major proportions, drawing spectators from New York to New Orleans. Kentucky race fans were betting on their own Gray Eagle, a beautiful gray with a flowing mane, sixteen hands high with the “step of a gazelle.” Gray Eagle was ridden by jockey Stephen Welch, and Wagner, the rival stallion from Louisiana, was ridden by an African American jockey named Cato - a slave. The race took place about 20 years before the Civil War began. When Wagner won the race, it became one of the greatest upsets in horse racing history. The jockey Cato won his freedom that day, his owner claiming the staggering $20,000 purse. The race gained notoriety because more money, horses and slaves had been wagered and lost in that race than in any other race in the country. Kentucky fans of Gray Eagle demanded a rematch, believing their horse was still superior. A rematch was organized five days later, drawing even more spectators and creating more interest. A two-horse race this time, and Wagner proved to be the best horse again in the first two heats. On the final heat, the two horses collided near the finish, injuring one of Gray Eagle’s hind legs and ending his racing career. 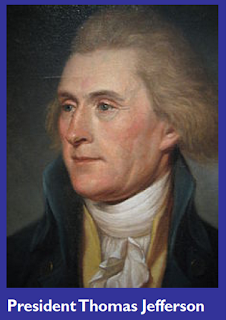 The question still remains concerning just how old this fiddle tune really is - whether the same tune was in fact the one reported as Jefferson’s favorite tune long before the Kentucky race took place. A Scottish tune named “Miller of Drone,” thought to have been written by legendary fiddle tune composer Neil Gow who lived in Scotland during Jefferson’s life in America, could also play a part in this mystery. Even though Gow’s tune is a different kind of dance - a strathspey - there are similarities in the construction of its melody with the original two-part tune of “Grey Eagle” in A-major.

Modern-era Texas fiddlers completely ignored the other versions of “Grey Eagle” including the fairly popular C-major version played throughout the Southeast. Texans preferred instead the “other horse” in the key of C-major and embraced the tune “Wagner,” which became also known as “Texas Wagner.”

An interesting and highly ironic sidenote to the racehorse thread of this story is that one of the Civil War’s most recognized horses, defeated Confederate General Robert E. Lee’s Traveler, was sired by the Kentucky racehorse Gray Eagle.

The mysteries of a fiddle tune named “Grey Eagle” in American history serve to make the old tune a thing of legend. In the modern era, the westerners’ re-workings of the tune, adding to the original and developing its two parts into a larger and more complex form, is a fitting journey for the great fiddle tune named for a horse.

From Book III of the O'Connor Method
www.oconnormethod.com
Posted by Mark O'Connor at 6:18 PM