Johnny Has Gone for a Soldier 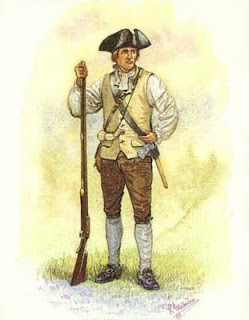 “Johnny Has Gone for a Soldier” is an American folk song that was popular during the American Revolutionary War. The lyrics speak of the sacrifices many a young woman made during that time: selling her spinning wheel to buy her “love a sword of steel.” The melody is thought to have been an older Irish tune. 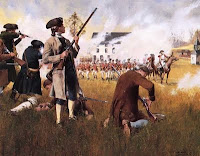 The American Revolution was bravely fought by many Americans, young and old, seeking independence from the King of England. Music written during this time has become important traditional music that continues to be embraced today. This observation was made by an American military leader about the American Militias who helped win the war: “What can you not achieve with such small bands who have learned to fight dispersed, who know how to use every molehill for their defense, and who retreat as quickly when attacked as they advance again.”

From Book I of the O'Connor Method.
www.oconnormethod.com
Posted by Mark O'Connor at 12:59 PM