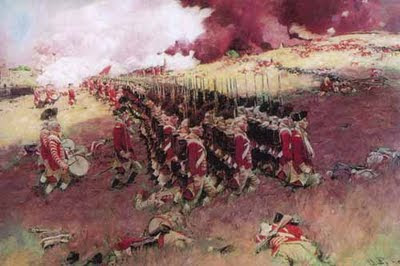 “Bunker Hill” was written by one of America’s distinguished Colonial musicians, Andrew Law; the lyrics are derived from a poem by Nathaniel Niles entitled “The American Hero.” The ballad commemorates the first battle of the Revolutionary War fought on June 17th, 1775, at Bunker Hill during the Siege of Boston. Law’s melody expresses the intense emotion and tremendous suffering of
the famous battle, and Niles’ words accentuate the urgency of the great cause being fought for at the time: “Life, for my Country and the Cause of Freedom, is but a Trifle for a Worm to part with.”

When the war began, the British knew the importance of the city of Boston to the American colonists and wanted to gain control of it early on. Across the Charles River, in Boston, stood two hills on the Charlestown Peninsula - Breed’s Hill and Bunker Hill. 1500 American colonists were sent to establish defensive positions on Bunker Hill. In the space of just two hours, 2500 British soldiers charged the Colonial patriots (rebels) three separate times. Fighting from V-shaped trenches hastily built overnight, the Colonial forces drove back the first two attacks causing heavy losses. On the third attempt, the British commander ordered a bayonet charge to seize Breed’s Hill. Many of the American militias, lacking bayonets on the their muskets and running short of ammunition, were forced to fall back to their fortified position in Cambridge. The British controlled Bunker Hill. 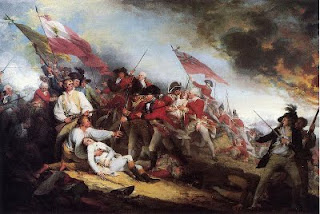 The American Colonists sustained their greatest number of casualties while in retreat on Bunker Hill. The British army suffered even more casualties, though - forty percent of their forces, including officers, were lost. Great Britain had won the first important battle of the war. The American troops, however, had learned that the British army was not invincible in traditional warfare. The Battle of Bunker Hill became a symbol of national pride and a rallying-point of the rebellion against British rule.

Purchase Mark O'Connor's Liberty! for this tune and more!
From Book II of the O'Connor Method.
www.oconnormethod.com
Posted by Mark O'Connor at 4:29 PM