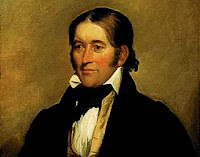 “Arkansas Traveler” was created by American fiddlers in the early 1800s and quickly became one of the most popular fiddle tunes in history. One of the popular fiddlers of that time was Davy Crockett, an American folk hero, widely known as “the King of the Wild Frontier.” He was a skilled fiddler and buck dancer and in the late 1700s he became well known as a music star and politician in Fort Nashborough. In 1784, the name of the town was changed to Nashville - with the French “ville” replacing the British “borough” - probably as a gesture of thanks to the French for their help in winning the Revolutionary War just a few years earlier. 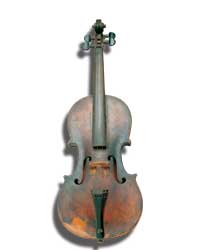 In 1836, Crockett traveled through the Arkansas Territory to San Antonio to join a few hundred Texan forces garrisoned at the Alamo Mission. Legend has it that Davy Crockett and John McGregor (a bagpiper) jammed and played hoedowns to keep up the spirit of the defenders during the Mexican army’s 13-day siege of the small mission. Knowingly facing almost certain death, the musicians played upbeat tunes like “Arkansas Traveler” even on the tops of the mission walls in a bold exhibition of the American never-give-up spirit. Crockett and most of the other new Americans perished when the Alamo fell to Santa Anna’s army on March 6th, 1836. Davy Crockett’s fiddle was recovered and is pictured here.

From Book II of the O'Connor Method.
www.oconnormethod.com
Posted by Mark O'Connor at 2:46 PM