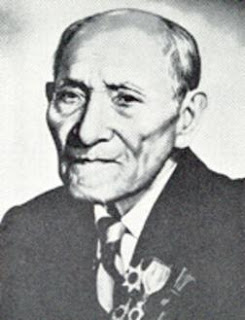 “Cielito Lindo,” a ballad in 3/4 time composed by Mexico’s Quirino Mendoza y Cortés in 1882, is based on the old Spanish rustic-song carol (villancico) and has become one of the best known Spanish-language songs in the world. The words “cielito lindo,” interpreted literally, mean “pretty little sky,” or “lovely sky.” However, in the context of this song, they are used as an affectionate term for a beautiful young girl. The style of this Mexican music is Mariachi: a cross-pollination of the area’s influx of Spanish culture including violins and guitars, and that of the indigenous Mexican Indian and “Mestizo” cultures featuring hand-built instruments with unique shapes resembling their European counterparts.

The use of the “Sierra Morena” lyric in the opening verse describes where the beautiful young girl is from. The line “two dark eyes like robbers” describes her as a “gypsy thief” from Sierre Morena, Andalucia Spain, a notorious area that became a center for deported Romani/Gypsies hundreds
of years earlier. Because Roma endured ongoing persecution, they often had little choice but to come down from the mountain occasionally to steal food to survive. In writing this song, Cortés either could have visited Spain, or simply remembered stories told through old Andalucian folk songs dealing with these topics. Only this time, the young girl comes down from the chestnut mountain to steal the man’s heart. 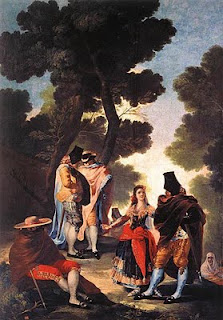 From Book II of the O'Connor Method.
www.oconnormethod.com
Posted by Mark O'Connor at 4:25 PM