The solo violin compositions by Johann Sebastian Bach (1685-1750) are among the greatest contributions to musical literature ever written. Regarded as the father of western harmony and counterpoint, Bach and his music together with the stories of his own performances, improvisation and great violin playing create an important artistic bridge from western European musical culture to the Americas. Bach is remembered today as an organist mostly but, in fact, he was a professional violinist with playing duties in Weimar, Germany during the early 1700s.

In 1720, Bach, at age 35, completed the composition of all his solo violin works while he was director of music at the court of Leopold, Prince of Anhalt near Berlin, Germany. The 5 1/2 year court appointment did not include organ performance or church music duties, so he turned to his violin playing and instrumental compo­sition for the length of his tenure. If his unaccompanied violin works were ever performed in his lifetime, he was likely to have performed them himself for Prince Leopold.

For more than a century there has been conjecture concerning Bach’s intentions for his solo violin music. Many serious students of classical music take pride in using Bach’s bowings and articulation verbatim even though experts agree that the Baroque era was filled with improvising musicians and player-composers. One could question whether Bach envisioned an entire population of future musicians discovering his music from the single handwritten manuscripts he left of each piece. And further, one has to imagine if he could have foreseen the mass copying, engraving and publishing of his music not experienced in his lifetime.

It is at least possible, and maybe even likely, that Bach did not intend for anyone beyond himself to perform his solo violin works. Scholars have speculated that a handful of Bach’s violin-playing colleagues may have performed his unaccompanied violin works but there is no record of it. Also, Bach’s manuscripts suggest few fingerings in general. His violin phrases could be naturally played on more than one area of the fingerboard. If the music were intended primarily for himself, he would have remembered most of his favorite fingerings giving himself a little reminder here and there as he did occasionally. Since fingerings determine which string is played on and where the bow needs to cross the strings, most bowings would likely follow any given fingerings. Therefore Bach’s bowings can be considered both specific in some cases and general phrase markings in other cases. Bowings in Bach’s day were freely interpreted on solo repertoire and the phrase markings could serve merely as general guides to a natural improviser. Bach and composers from his era were composing in real time. They prepared music for the week and most likely moved on to more music the next week. The idea is substantiated by the stories of Bach’s wife using original manuscript of her husband’s to wrap fish in! There was simply not much of a need to keep old music laying around. Once it had already been performed for the Prince, it would be prudent to work up something new.

Students who have learned Bach’s solo violin music faithfully via modern mimeographs and academic editions may be in for a surprise. Most of the well-known editions have altered what Bach actually wrote regarding bowings and articulations as well as the appearance and nature of the musical notation itself. Consequently I have transcribed the Allemande as Bach wrote it for this book. This transcription includes and honors Bach’s concept of note beaming and also renders the . and . measures at the beginnings and endings of some staff systems. This replication also preserves Bach’s original bowings and articulation. Of special note is a 16-note down-bow slur in the ninth measure. This directive by Bach’s hand has been omitted in most subsequent editions. It is clear that Bach wanted 16 notes slurred in one down-bow in that ninth mea­sure because the bowing that follows works out correctly. There is no need for bowing this passage in groups of eight notes and using hook bowings to make the bow distribution come out evenly as found in many endorsed and recommended editions of this piece.

In Bach’s time, vibrato was used as ornamentation if at all. Continuous vibrato as a component of general tone production was a feature of the Romantic period and was not used by Bach. However, Francesco Gemanani and Leopold Mozart – contemporary composers and teachers of Bach – stated in the early 1700s that they preferred some use of the vibrato in performance. Also, the instruments were much different in Bach’s time. If one wanted to interpret this music as Bach himself might have sounded, he would need to use a short-necked fiddle strung with sheep gut resting the instrument on his collarbone without a chinrest and would also need to use a bow that arched away from the bow hair.

More confusion about authentic Bach centers around the belief that since many of Bach’s solo violin pieces have dance name titles, they must be music written for various dance genres. There is no evidence, however, that Bach’s solo violin music was ever intended to accompany danc­ing. There is no doubt that this music was inspired by various popular dance genres of the day. It is a testa­ment to Bach’s progressivism that he brought this dance influenced music into very formal settings. Because Bach’s virtuosic solo violin music was not intended for dancing it is not necessary to play it at steady dance tempos or at a single dynamic or devoid of soloistic liberties and dramatic rubatos. 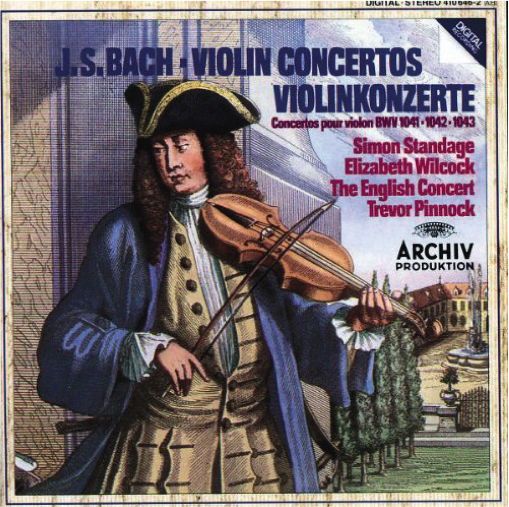 On the other hand, many modern violinists have performed the Allemande at half the tempo intended for that dance thereby masking the original mood and the spirit of the music as well as losing the integrity of Bach’s syncopated phrasing. Bach composed many cantatas and much serious church music. It is most probable that the dance-influenced solo violin music was intended as a contrast from this composer showing even more great variety and scope. It is counterintuitive to perform these pieces without addressing at least the sprit of the dance contained in the musical phrasing. An interesting point with regard to the particular dance here is that an allemande was a social dance involving couples. One of the distinguishing characteristics is for the gentleman to turn his lady partner. The term “allemande” was used for centuries in dance vocabulary all the way to the Americas in square dancing: “allemand left, swing your partner, do-si-do.”

Bach’s solo violin works were largely forgotten in the century after Bach’s death and rediscovered and popularized as recently as the 19th Century by the great violinist Joseph Joachim although Felix Mendelssohn and Pablo Casals are the most noted for rediscovering Bach’s instru­mental music. There is a distinct possibility that Joachim’s 1904 recording of some of the Bach pieces could have been considerably slower in tempo than he would have otherwise performed them as a younger musician. There are many instances of performers taking much slower tempos in their later performing years. Joachim was 75 years old in 1904 – quite old for that time. However, Joachim’s slower tempos from the end of his lifetime may have unwittingly set an incorrect precedent for subsequent performances of these dance-inspired movements.

Perhaps the most telling indicator in the controversy of how to properly interpret Bach is the simple yet perhaps forbidding “repeat sign.” It stands to reason that the very existence of repeat signs – rather than an expanded form including developed treatment of the music already presented by the composer himself – suggests that the performer was expected to vary the music the second time around. This practice has been handed down in the American tradition of performing music from this same time period – American fiddle tunes. It stands to reason that Baroque era performers in America and Europe alike were expected to exhibit their creativity and theoretical knowledge during the repeats of the composed music. Isn’t it interesting and indeed wonderful that it is the American fiddlers who may have more faithfully perpetuated this aspect of what Bach himself intended!
Posted by Mark O'Connor at 11:00 AM